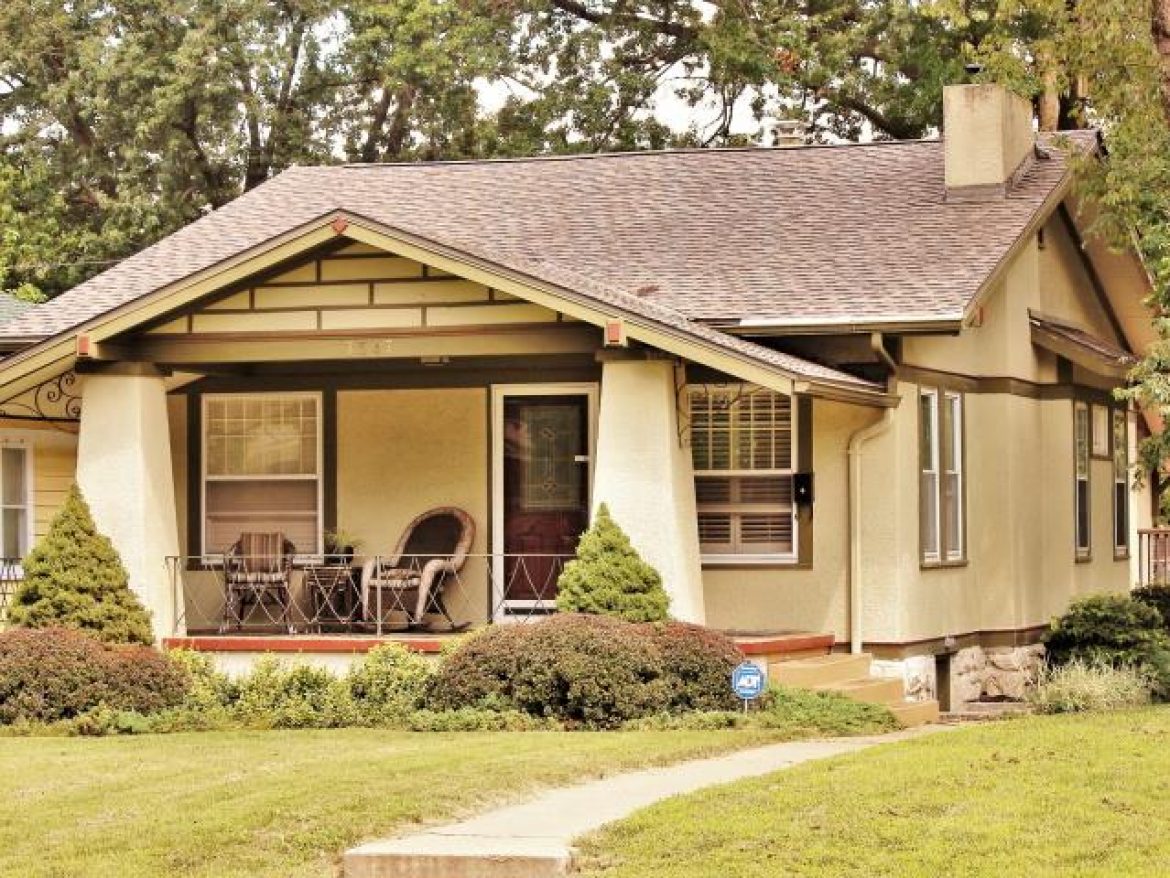 A special community rich in history and neighborhood charm, Brookside is one of the most sought-after neighborhoods in Kansas City. Full of well-built single-family homes, each house in Brookside is unique from the other. Ranging in style from smaller American Tudors and Craftsman Bungalows to larger Colonial Revivals and American Georgian styles, the Brookside gurus at Brookside Real Estate are here to tell you the history behind the houses that make Brookside one-of-a-kind.

Influenced by timber-framed cottages built during the reign of the Tudor dynasty in England, European architects brought the Tudor style to America toward the end of the nineteenth century. Built with a combination of late Medieval and early Renaissance styles, American Tudors are characterized by their steeply pitched gable roofs, elaborate stone and brickwork, and exposed wood framework.

Dating back to the 18th century, the term “bungalow” derived from the word “bangla” comes from the Indian province of Bengal. Built low to the ground with large porches sheltered by wide overhanging eaves, bangla houses were originally built as one-story rest houses for travelling British colonial authorities. Fast forward to the early 1900s in the United States, the simple, folksy design of bungalows suited the arts and crafts movement perfectly, as they could be built without an excess of materials or effort. Meeting the needs of young first-time home buyers, the popularity of Craftsman Bungalows took off with relatively few built after 1930.

One of the most popular residential architectural styles in United States history, the Colonial Revival movement origins back to the Centennial Exhibition of 1876, giving many Americans inspiration to look back at the colonial period. These timeless, substantial homes declare the owners have a solid foundation and traditional values. Typically two stories, Colonial Revivals are characterized by their rectangular mass with symmetrical windows and elaborate front doors accented with columns or pilasters.

Another one of America’s most consistently popular styles, the Georgian style utilizes many of the trademarks of Renaissance design. The term “Georgian” refers the design aesthetic developed during the reigns of Kings George I through George III. The sophisticated style was inspired by the traditions of Rome, Greece and the designs of Italian Renaissance architects. Similar to the Colonial Revival, the classic American Georgian house is rectangular or square in shape, made of brick or stone, featuring symmetrical shuttered windows and columns.

Regardless of which unique style you choose, one thing is for certain – in Brookside, your house will quickly become your home. With tree-lined streets featuring large sidewalks and local shops within walking distance, Brookside is truly the definition of a community.

Looking to own one of Brookside’s historic homes and become a member of this one-of-a-kind neighborhood? Give the home pros at Brookside Real Estate Company a call at (816) 333-3330 or stop by our storefront office at 9 W 63rd St – when the flag is up, we’re open!